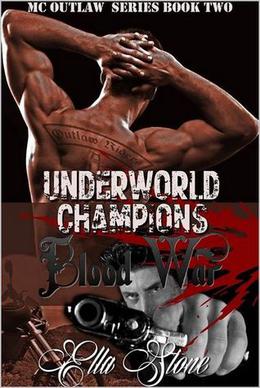 After the conflict that devastated the Outlaw Rider compound, Cole and his men have sworn revenge on the Demon Brothers – and it won’t be over until the Demon’s club is no more.

Most importantly, Cole needs to hunt down his half-brother, Cutter. He can’t rest knowing that the man who defiled his woman is still out there. Family or not, after what he did to Maddie, Cutter needs to die – painfully.

Cole’s hatred of the Demon Brothers is so much greater than everyone else’s. You see, they took his mother and turned his blood against him. As far as he’s concerned, blood ties or none, they all need to die.

But are they all as evil as he thinks?

As Cole’s hatred consumes him, Maddie’s belly grows, along with her concern for him. His vendetta is taking over his life and she’s afraid that once he’s fulfilled his vow, there will be a mere shell of the man she loves, left behind.

Will the love the Cole and Maddie share be enough to save Cole from the darkness he’s entrenched himself in, or will this BLOOD WAR be the thing that ruins them all?
more
Amazon Other stores
Bookmark  Rate:

'Blood War' is tagged as:

All books by Ella Stone  ❯