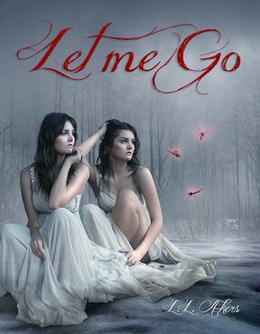 The pasts of three sisters and their mother collide head-on with a mysterious present in this surreal and gripping family drama . One of these women finds herself trapped. Alone. In a box. She battles to survive the terrifying darkness. With long hours of nothing to do but wait in terror for her captor to return, she grapples through obscure dreams and memories of a painful family past, painting the story of the dragonfly tattoo--once meant to be a beautiful, family mark of freedom--but destined to become a prophetic brand of survival shared by the four women who wear it.

Identical twins, Gabby and Olivia, and their little sister, Emma, flee their less-than-perfect childhoods, and find they take more of their mother with them than her long chocolate-colored hair and her startling blue eyes. Wanting to just get away ... Olivia marries her first love--at age 17--and realizes later he's not what he'd first seemed to be. She falls victim to his fury when his mask finally slips, and she attempts to break free. But she finds herself unwillingly flittering back to a familiar cycle of abuse--one she'd watched her own parents circle for years.
Meanwhile, her twin sister, Gabby, finds sweet love with Jake, a humble, well-mannered southern boy who saves her not once--but twice. However, when she is pursued by a dangerous admirer at work, her happily-ever-after is threatened and may come to an end far too soon. And there's little sister, Emma... with her own hidden secrets, painfully bottled up inside of her, wrestling to get out and take revenge.

Look for Captured Again , and Find Me, Keep Me, Books 2 & 3 of The Let Me Go Series.
more
Amazon Other stores
Bookmark  Rate:

The 'Let Me Go' series

Similar books to 'Let Me Go'

Buy 'Let Me Go' from the following stores: