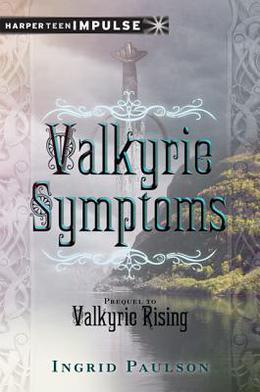 This twenty-page original story introduces the characters from the perspective of the ever-flippant, if undeniably alluring, Tucker Halloway. It also includes a teaser to Valkyrie Rising, a novel in which deadly legends, hidden identities, and tentative romance swirl together into an unexpectedly epic adventure when seventeen-year-old Ellie travels to Norway with her big brother and Tuck, his best friend, and encounters Valkyries: the legendary women warriors of Norse mythology.

HarperTeen Impulse is a digital imprint focused on young adult short stories and novellas, with new releases the first Tuesday of each month.

'Valkyrie Symptoms' is tagged as:

All books by Ingrid Paulson  ❯