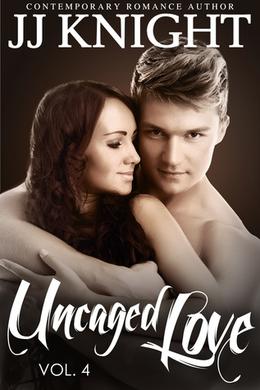 Volume 4 of the 5-part series

With Colt and Jo working as a team, they are unstoppable. Colt’s manager puts him back in line for the MMA title fight. Jo’s own career takes off as she prepares for her second match.

But someone Jo considers a friend is plotting a betrayal of them both to push a dangerous agenda.

When Jo is brutally attacked, she moves in with Colt. But their happiness together is quickly shattered when it’s clear that several people are prepared to do whatever it takes to see Colt fail.

UNCAGED LOVE VOLUME 4 is 25,000 words or about 110 pages.
UNCAGED LOVE is a 5-part series. Each book is approximately the same length.
more
Amazon Other stores
Bookmark  Rate:

'Uncaged Love, Volume 4' is tagged as: