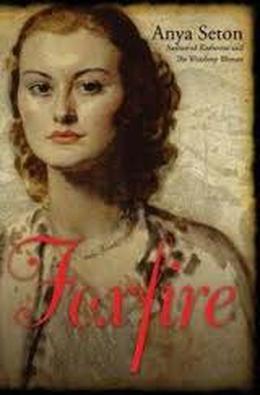 Golden girl: that was Amanda. Born into luxury, she was pampered, adored, spoiled, and very beautiful. She could have had any man she wanted. Millionaire Tom Merrill had been in love with her for years. But she chose Dart, tall, handsome, mining engineer. He was half-Indian, proud, and very poor.

Amanda had no idea what to expect as Dart's wife, an eastern stranger in the bleak little town of Lodestone, Arizona. But she found out soon enough. The people in the town hated her. And she hated the mines.

Then one day Amanda saw a chance to get away from all this - a chance to become rich beyond her dreams. The promise of gold which had driven many to madness now enslaved her. And she was willing to risk her life - and Dart's - to gain it.

(from the back cover of the 1976 Fawcett edition)
more
Amazon Other stores
Bookmark  Rate:

'Foxfire' is tagged as:

Buy 'Foxfire' from the following stores: