An Outlaw Wedding (The Grizzly MC #7) 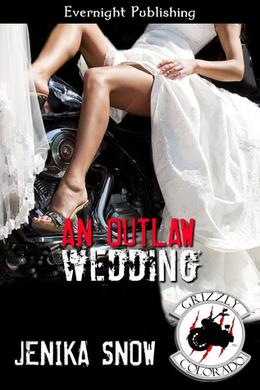 Nico Landon, son of The Grizzly MC President, Jagger, has wanted Alexis Stein for as long as he can remember. But Alexis is the daughter of the hardcore Sergeant at Arms for the club, Brick. The scarred biker protects his daughter like no other could, but Nico is a patched in Grizzly member, too, and he will go up against anything and anyone to make Alexis his.

The MC is all that Alexis knows, but she wouldn’t change the rough and tough lifestyle for anything. She loves Nico and has since she was a little girl, so she isn’t about to let anyone stop her from being with him, even if her dad and all of the Grizzly members are overprotective.

In the end, though, Nico gets his girl, and even has his outlaw wedding filled with bikers and Harleys, because nothing stops a Grizzly from getting what he wants.
more
Amazon Other stores
Bookmark  Rate:

'An Outlaw Wedding' is tagged as:

The 'The Grizzly MC' series

Similar books to 'An Outlaw Wedding'

Buy 'An Outlaw Wedding' from the following stores: