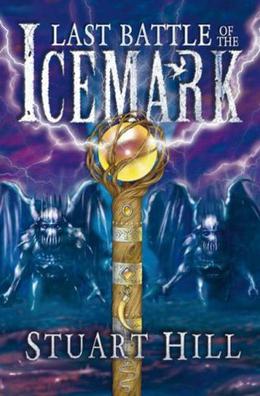 Allied with Cronus, the embodiment of all evil, Medea has raised an army of the undead to invade her family's kingdom. Now in paperback, the thrilling conclusion to the acclaimed ICEMARK trilogy!

Oskan and Thirrin thought their bad-seed daughter was gone for good -- burnt to a cinder and cast out onto the Spirit Plain. But banishment did not kill Medea: It made her stronger. Now, allied with Cronus, embodiment of all evil, the young sorceress is plotting revenge. Queen Thirrin is distracted by a new invader whose troops ride huge triceratops-like beasts into battle. But the warlock Oskan realizes the true threat to the kingdom is the demon army assembled by his daughter. To ensure the Icemark's eternal safety, he knows he must destroy her soul--even at the risk of his own.
more
Amazon Other stores
Bookmark  Rate:

'The Last Battle of the Icemark' is tagged as:

Similar books to 'The Last Battle of the Icemark'

More books like 'The Last Battle of the Icemark'   ❯

Buy 'The Last Battle of the Icemark' from the following stores: