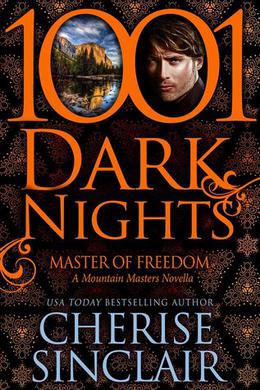 Detective Atticus Ware gave up his beloved Idaho to start again in the mountains of California, close to his imprisoned brother. He has a rewarding job and friends, but the experienced Dominant wants more than the Do-Me submissives who flock around him. He needs a woman who will give her heart as well as her body.

Finally, Atticus has found the woman he wants in his life. In his bed. In his cuffs. But she’s not only his brother’s therapist, but also works in a prison. How can he tolerate his woman walking into danger every single blasted day?

Gin knows she has no future with Atticus Ware, but still, hope is rising in her heart.
more
Amazon Other stores
Bookmark Rate Book

Similar books to 'Master of Freedom'

Buy 'Master of Freedom' from the following stores: