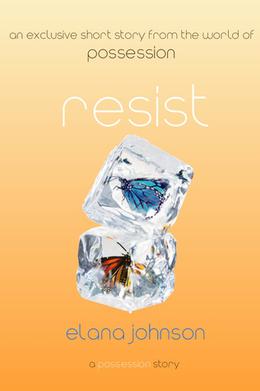 Zenn Bower has spent his life falling in love with Violet Schoenfeld. After he turned twelve, he learned his father was part of an underground revolution called the Resistance, a group of free-thinking citizens fighting against the mind controlling government. He joined, putting his considerable talents to use: lying, flying, and voice control.

He wishes life inside the Resistance could be easy. He yearns to tell Vi what he's doing in the middle of the night. He wants cocky leader of the Resistance Jag Barque to back off.

Zenn runs a mission with Blaze, Jag's older brother, to Freedom. It's a simple get in, get out procedure. But things go wrong when Blaze breaks protocol and Zenn uses his voice to detain him. Zenn's met by Thane Meyers at the drop location, and he has an interesting proposal for Zenn.

Ultimately Zenn has to choose: Violet or the Resistance.
more
Amazon Other stores
Bookmark  Rate:

'Resist' is tagged as:

All books by Elana Johnson  ❯

Buy 'Resist' from the following stores: