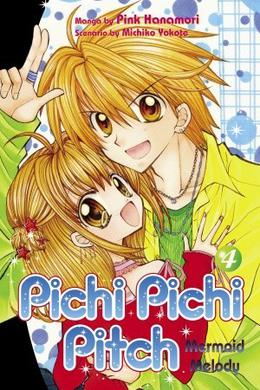 Lucia Nanami, a mermaid princess, has taken human form to find her fellow princesses and save the seven seas from the evil rule of a would-be emperor, the ambitious Gackto. And now Gackto has kidnapped the boy Lucia loves. A final battle is inevitable, but Lucia has found only four of the seven mermaids, and defeating Gackto requires the magic power of all seven!

The thrilling climax to the first arc of Pichi Pichi Pitch, this volume features love, adventure, and the revelation of the secret identity of . . . Hippo the penguin?!
more
Amazon Other stores
Bookmark  Rate:

All books by Pink Hanamori  ❯