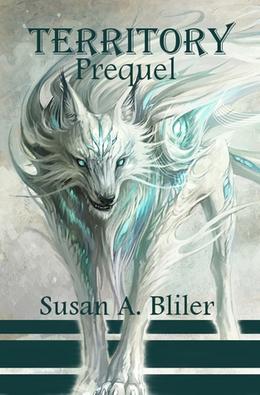 Fighting a hatred born of unbearable grief, Chloe Lott detests the Blackbird family for their role in her brother’s death. When Dell Blackbird, the newly promoted Alpha of the Blackbird pack, dares to show his face at her brother’s funeral, Chloe is livid. Nothing, including Dell’s massive, powerful body will convince Chloe to betray her family’s honor. In danger of losing her heart to her sworn enemy, she begs Dell to stay away when she knows her resistance begins to falter.

Dell is inexplicably drawn to Chloe. Obsessed, he struggles to get her to see past her animosity. He knows he should do as she’s asked and leave her be; however, his wolf within has claimed her as his mate and refuses to live without her. Nothing will stop Dell from claiming Chloe, not even her reluctance to be his mate.
more
Amazon Other stores
Bookmark  Rate:

'Territory Prequel' is tagged as:

Recent books by Susan A. Bliler

All books by Susan A. Bliler  ❯