The Geography Of Murder (Geography of Murder #1) 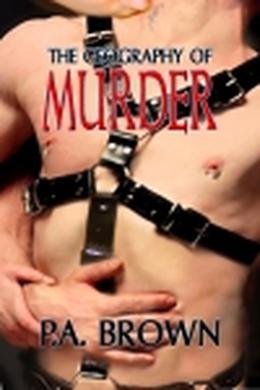 All Jason Zachary wants is to keep the loneliness and despair at bay. He escapes to the clubs where drugs and a warm body for the night offer fleeting comfort. But when he wakes one morning, dazed after another blackout, to find himself in bed with a dead body, his life careens him into the arms of Detective Alexander Spider. For Jason, Spider becomes an addiction, a drug that makes him feel alive and safe; his body craves Spider's control, and Jason falls hard.

But Alex Spider sees the darker side of humanity daily, and he isn't looking for connections, only to drown himself in encounters with nameless subs willing to let him play his bondage games. His attraction to Jason begins as lust for one more golden boy, but their games of pain and pleasure grow into a tenuous trust, arousing feelings in Spider that are the first light he's seen in a long time.

But as Spider races to solve a brutal homicide, the daily grind of the job takes its toll, and Spider's control slips dangerously. A killer closes in, and Spider must confront his own inner darkness, while Jason struggles to save himself by making some hard choices.
more
Amazon Other stores
Bookmark  Rate:

'The Geography Of Murder' is tagged as:

The 'Geography of Murder' series

Similar books to 'The Geography Of Murder'

Buy 'The Geography Of Murder' from the following stores: