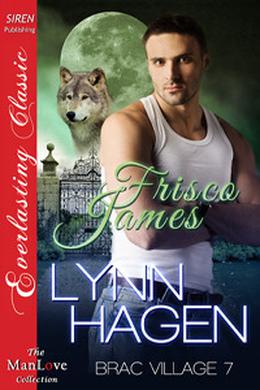 Frisco James was a hustler. Plain and simple. Although he was a bareknuckle boxing champion in the underground circuit, Frisco was looking for a change. Maverick Brac owed him a debt and Frisco headed to Brac Village to collect.

Recker lost his twin when the group of men he lived with was attacked by the grey wolves. He was angry, bitter, but tried his best to go on. When he loses control and nearly kills a man, Maverick steps in, demanding that either Recker agree to anger management or be deemed unfit to live in society.

Recker and Frisco’s worlds collide. Frisco sees Recker as an opportunity, nothing more. He whisks Recker away from the Den, plunging the man into the gritty world of illegal boxing.
But when Recker nearly kills his first opponent, Frisco James realizes the horrific mistake he has made. Desperate, Frisco does the one thing that he knows will save Recker’s life and humanity…he walks away.

But nothing is ever that simple, especially when Frisco James—a man who has looked out for no one but himself—discovers that his heart is no longer his own.
more
Amazon Other stores
Bookmark  Rate:

'Frisco James' is tagged as: