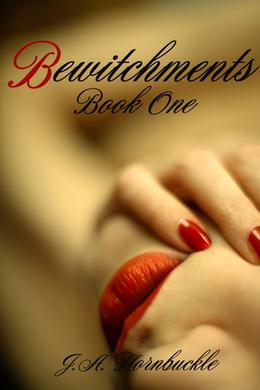 Zoe Patterson has a problem.
She's lusted after her best friend's brother and co-owner for years, using him as the fuel for all her sexual fantasies. But in real life, the man of her dreams is, in her opinion, nothing but a controlling ass.

Trevor MacQuaid has an issue.
He finds his co-owner, Zoe Patterson, the embodiment of physical beauty, a walking wet-dream. That is until she opens her mouth and lets her inner bitch emerge. Which happens frequently whenever they're together.

From the author of Pole Dance, Human Hieroglyphix I & II, Tap Dance and Everybody Falls, comes the new Grantham novel "Bewitchments". A story that brings back the characters from the other Grantham novels to help Zoe and Trevor on their not-so-smooth road as both business partners and as potential sweethearts. It's a story about releasing asssumptions and admitting the truth about what the heart really wants.
Occasionally, problems are only opportunities in disguise.
Intended for mature audiences only. Contains Graphic Language and Sexual Situations.
more
Amazon Other stores
Bookmark  Rate:

'Bewitchments' is tagged as:

All books by J.A. Hornbuckle  ❯

Buy 'Bewitchments' from the following stores: