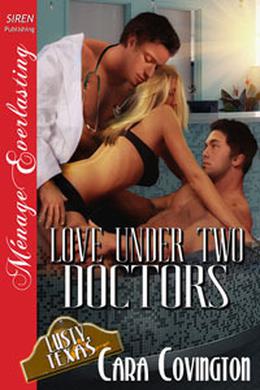 Jillian Gillespie adopted a no-more-men policy after her divorce. Yet there’s something about Drs. Robert and David Jessop that short-circuits her best intentions.

Robert and David recognize their soul mate in Jillian, a natural-born sub. They only have to convince her she is a sub and theirs.

A woman who doesn’t believe in forever, and two Doms in need of inner peace. Will love be the answer?

'Love Under Two Doctors' is tagged as:

All books by Cara Covington  ❯

Buy 'Love Under Two Doctors' from the following stores: