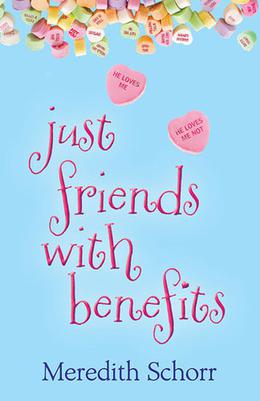 When a friend urges Stephanie Cohen not to put all her eggs in one bastard, the advice falls on deaf ears. Stephanie's college crush on Craig Hille has been awakened 13 years later as if soaked in a can of Red Bull and she is determined not to let the guy who got away once, get away twice. Stephanie, a 32-year-old paralegal from Washington, D.C., is a 70's and 80's television trivia buff who can recite the starting lineup of the New York Yankees and go beer for beer with the guys. And despite her failure to get married and pro-create prior to entering her thirties, she has so far managed to keep her overbearing mother from sticking her head in the oven. Just Friends with Benefits is the humorous story of Stephanie's pursuit of love, her adventures in friendship, and her journey to discover what really matters.
more
Amazon Other stores
Bookmark  Rate:

'Just Friends With Benefits' is tagged as:

Buy 'Just Friends With Benefits' from the following stores: