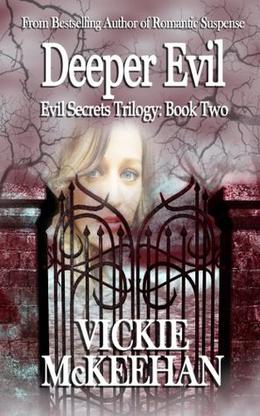 For forty years the double murder of an elderly couple in the Hollywood Hills remained unsolved and all but forgotten. But a stranger, bent on revenge, is out to change all that.

Baylee Scott grew up in Beverly Hills, the daughter of renowned director William Scott and actress Sarah Moreland. For years she’s worked to put her father’s abusive alcoholic outbursts behind her and believes she has finally overcome her mother’s abandonment at the age of three. That is, until one night at a charity event, she grudgingly accepts an innocent drink from an old acquaintance that ends up turning her world upside down, putting her on a deadly path of discovery. Now, Baylee has an infant daughter and lives in fear that her own secret will be found out by the man she’s been hiding from for almost a year, a man from one of the most powerful legal dynasties in California, one who has a habit of getting what he wants and crushing anyone that gets in his way. Not knowing her father holds a dark secret of his own, Baylee finds she’s in the crosshairs of two men. One wants her dead to get to his daughter. The other has a score to settle and will stop at nothing to get it.

Dylan Burke is determined to win over the single mother, Baylee Scott, and protect her and her baby daughter. He has his work cut out for him because he’s about to open up a can of worms when he delves into William Scott’s past, a past that hides a twenty-two year old murder mystery, and answers the puzzling disappearance of Baylee’s mother. It’s also another vital link to the legal dynasty. Tangled in a maze of murderous lies and deceit, the two discover the truth about the legal empire and its founders and discover just how far the heirs will go to get what they want.
more
Amazon Other stores
Bookmark  Rate:

'Deeper Evil' is tagged as:

All books by Vickie McKeehan  ❯