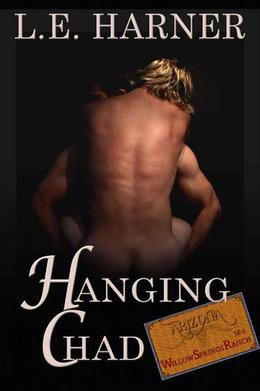 For Chad Ollom, landing on the Willow Springs Ranch after his teaching career crashed and burned last year was a lesson in irony, considering he’d sworn off all things related to horses and cowboys after a near fatal fall as a child. Now with a new mission in life, Chad plans to bring critically ill children to the ranch for a special celebration.

Aging rodeo cowboy Jesse Duran lives life eight seconds at a time, and whether it’s broncos or men, it’s always been get on and get off before anyone gets hurt. When he’s required to take a break from the circuit and ends up on the WSR, the enticing ass of a stand-offish teacher turned contractor might just be enough challenge to keep him entertained for a week or two.

As attraction flares, personal boundaries start to crumble, and the lines between seducer and seduced begin to blur. When the series of on-going attacks against the WSR moves from sabotage to arson, Jesse steps up to help, but when Chad is forced to return to his past to face charges, the men of the WSR want to know if Jesse will stick or leave Chad hanging.
more
Amazon Other stores
Bookmark  Rate:

'Hanging Chad' is tagged as: