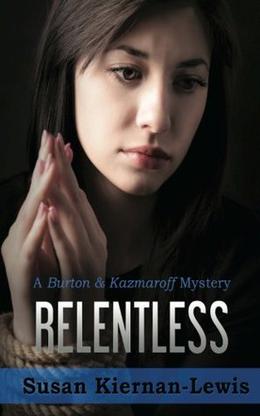 Nuala Kazmaroff has a gift nobody wants. She's able to tell the story behind any object simply by touch. It’s a gift that comes in handy when her only brother, a detective with the Atlanta Major Crimes Division, is murdered. Determined to find his killer, Nuala reaches out to the one person in Atlanta she believes can help her—Dave’s ex-partner, Jack Burton.

Together, Nuala and Jack create a partnership that breaks all the rules, skirts every law, and lobs as many sparks and landmines at each other as if they were adversaries–which half the time they are—all while attempting to ignore their undeniable mutual attraction.

Can two people so different—one intuitive and inexperienced, the other cynical and by-the-book—work together to solve the murder?

And can they do it before the killer turns his attention to Nuala?
more
Amazon Other stores
Bookmark  Rate:

'Relentless' is tagged as:

All books by Susan Kiernan-Lewis  ❯

Buy 'Relentless' from the following stores: