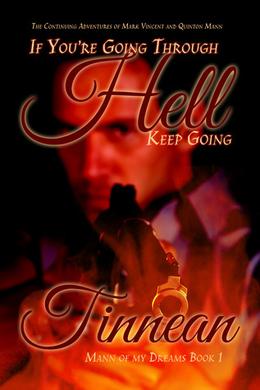 Mark Vincent, spy with the Washington Bureau of Intelligence and Security, has become the lover of Quinton Mann, spook with the CIA. With what's going on in both their organizations, can two such diverse men maintain any kind of relationship?

Mark Vincent and Quinton Mann have finally kind of, sort of, exchanged promises. Mark has returned from an assignment on the West Coast, and he’s looking forward to spending some quality time with his lover. After all, it’s the St. Patrick’s Day weekend. What could be better than a little beer, a little corned beef on rye, and Quinn in his bed?

However, on Monday it’s back to the grind—this time to an almost empty department: Matheson is away on assignment and Ms. Parker, Mark’s secretary, is taking sick time, something she never does. But these aren’t the only signs of something unusual, well, more unusual than normal, going on. Gradually, Mark uncovers a series of events going back to the previous spring and involving not only his senior special agent but Theo Bascopolis, a former rent boy who is Mark’s friend.

While Mark unravels the threads of the Gordian knot the WBIS has become, he realizes how deep his feelings for Quinn have grown. But can a spy like Mark ever hope to be “the one” for a spook like Quinn?
more
Amazon Other stores
Bookmark  Rate:

'If You're Going Through Hell Keep Going' is tagged as:

The 'Mann of My Dreams' series

Similar books to 'If You're Going Through Hell Keep Going'

More books like 'If You're Going Through Hell Keep Going'   ❯

Buy 'If You're Going Through Hell Keep Going' from the following stores: