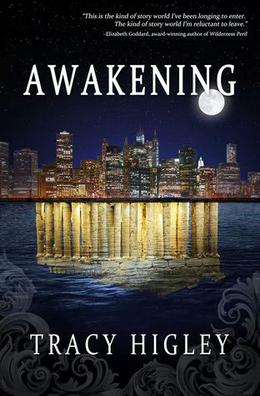 Kallie Andreas is a mystery, even to herself.

Seven years ago Kallie woke up in a New York City museum, injured and traumatized. Alone and unclaimed.

Despite her shattered memories, she's worked her way into a position as assistant curator in that very museum, and now she wants nothing more than to pursue funding for her project--assembling pieces from the ancient Minoans.

But then the blackouts start. Lost time, stranded in terrifying danger, frantic visions that can't be real. A threatening phone call may be nothing more than paranoia and madness. Or perhaps not.

It's time to start seeing her psychiatrist more often.

Kallie's doctor challenges her to keep a journal, but her writing morphs into something else... What begins as a romantic fairy tale becomes an allegory of a woman plunged into crisis in the ancient past, in the misty islands of Minoan Greece, home to myth and legend.

When a mysterious billionaire invites Kallie to scour the black market with him for the most valuable of all Minoan treasures, the key to their lost language, Kallie can't resist. Dimitri is wealthy, charming and good-looking, but she's not interested--not in someone who's clearly hiding secrets of his own.

Together, the two embark on a global quest to find the Key, through some of the most exotic and beautiful locations in the world--unraveling the mystery and pursuing leads, all the while resisting romance in Italy, under the Santorini sun, and among the pyramids of Egypt.

Meanwhile, Kallie's memories are bleeding through and her journal has turned violent. She's teetering on the verge of a breakthrough, but what devastating truth has she been suppressing?

When a strange woman who clearly knows Kallie's real identity tries to murder her, it's clear that Kallie's past and present worlds are colliding, in a deadly crisis that will finally reveal the shocking mystery of her past.

But will the truth leave room for love?

'Awakening' is tagged as:

Buy 'Awakening' from the following stores: