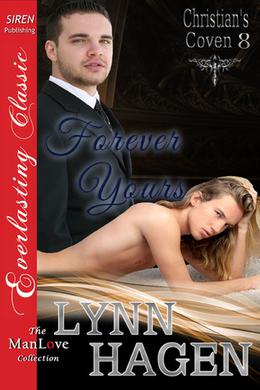 Kory Kendrick thought taking a shortcut through the woods would shave off time, until he runs across a corpse buried under a pile of leaves. He soon finds that the guy isn’t as dead as he thinks he is. Kory must find a way to get the guy home before the things that haunt the woods come out of hiding.

But what started out as trying to help a dying vampire soon turns into something that is wholly unexpected. Kory finds the man charming, sexy, and a bit on the odd side, whereas Dante looks at suburban life as a foreign concept, a strange way of living.

When the neighborhood watch gets involved, things heat up. The four men who patrol the neighborhood might have a brain cell between them. Complications increase when Kory's younger brother becomes deathly ill, and Kory must find a way to save Jonah while struggling with his desires for his newfound vampire.
more
Amazon Other stores
Bookmark  Rate:

'Forever Yours' is tagged as:

Similar books to 'Forever Yours'

Buy 'Forever Yours' from the following stores: