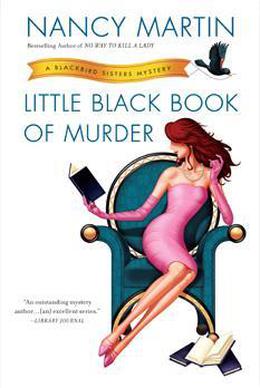 Someone’s getting crossed off the register.

Nora Blackbird may have been to the manor borne, but these days money is so tight, she can’t afford to lose her job as a society columnist. So when her new boss at the Philadelphia Intelligencer —Australian tabloid editor Gus Hardwicke—tells her to work the celebrity gossip beat or start checking the want ads, the choice is easy.

Now Nora’s writing a profile on billionaire fashion designer Swain Starr, who recently retired to build a high-tech organic farm with his new wife, Zephyr, a former supermodel. But before Nora can get the story, the mogul is murdered. And now Gus wants her to snap up an exclusive on who killed Starr before the cops do.

But solving a celebrity murder isn’t easy with a home life as colorful as Nora’s. Her sort-of-husband, Mick, a former mobster, is associating once again with unsavory characters. Her sister Libby is on a mission to get her diabolical twins on stage or screen with the help of an unscrupulous former child star. And the youngest Blackbird sister, Emma, just got kicked out of the house by Mick—who refuses to explain why.

If anything can bring the blue-blooded Blackbird sisters together, it’s a murder investigation involving high-society events, glamorous people, and the disappearance of a genetically perfect pig that may or may not be basking in the sun at Blackbird Farm. They’ll all have to pull together this time, because if Nora can’t bring home the bacon, she might have to exchange her bucolic estate for a cramped walk-up.
more
Amazon Other stores
Bookmark  Rate:

'Little Black Book of Murder: A Blackbird Sisters Mystery' is tagged as:

All books by Nancy Martin  ❯