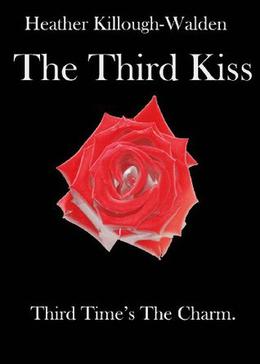 An ancient Roma foretelling speaks of vampire kings one day dreaming of the women who could bear them children. These children would be powerful vampire warriors and treasures to their kingdoms. Their mothers would become queens. However, a thousand years have passed and not a single vampire has dreamt of anything at all, much less of salvation through companionship.
And then, in a massive master bedroom in a mansion upon sprawling estate grounds in Baton Rouge, Louisiana, the French vampire king awakens from a slumber ripe with visions of a young American beauty. Julian Adalard, the ruthless ruler of his people, has dreamt of his queen. At once, he sends his bounty hunter to retriever her.
However, the bounty hunter is not only a skilled hunter and an unwilling servant to the king – he is also Julian’s brother, Dorian Adalard, and the prince of his people.

And he, too, has dreamt of the young woman.

Emma Rose Nekoda doesn't know she's been ear-marked as America's French vampire queen. She's a free-lance photographer, traveling from South West to Deep South for a long-awaited photo shoot.
However, the bayou has more in store for Emma Rose than she’d anticipated. Amidst the marshy swampland and sticky heat of an old world steeped in magic, she will fight for her freedom from one gorgeous vampire brother to another – and in the process, kick off a world-wide war between vampire factions striving to become the first to develop an army of warrior offspring.

'The Third Kiss: Dorian's Dream' is tagged as:

Buy 'The Third Kiss: Dorian's Dream' from the following stores: