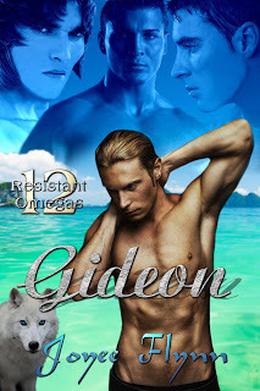 Trying to move forward from his forced film career, Gideon agrees to visit a pack in the Smoky Mountains mostly to avoid the island vacation he’s not in the mood for. But when the Alpha turns out to be crazy and other dangers pop up all around him, Gideon realizes his mistake… Except it brought him to the pack Betas who he likes.

Naill and Taye have a complicated relationship that sucks up all the energy around it and makes Gideon feel like an afterthought. That’s not the relationship he’s always dreamed of, but after years of abuse and getting noticed for all the wrong reasons, like his yoga moves in bed, it’s better than what he had with his last pack, and he should settle for that, right?

Once united with the Omegas, Gideon discovers the one he gave his heart to already, Ciro Wilson, finally paying him the attention he’s been desperate for. Mixed feelings, signals, and pure stubbornness add to the turmoil, yet things aren’t all they seem to be with the quartet and not even the other Omegas know what is going on.

Can the four of them find out why their emotions are in the way of making a life together, or will Gideon use his extreme control over his powers to make a home for one away from it all?
more
Amazon Other stores
Bookmark Rate Book

Buy 'Gideon' from the following stores: