So Much For My Happy Ending 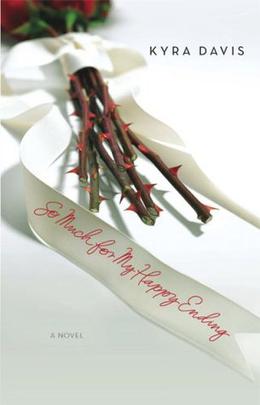 When her boyfriend of three months, Tad Showers, proposes, twenty-six-year-old April thinks that everything in her life is finally falling into place. Between her flaky, tree-hugging mother and her she-devil boss, marriage seems like the place she'll find love and security. Tad's exactly the kind of man April wants: smart, ambitious and wildly romantic.

But soon after they're married, the honeymoon ends. Tad's crazy, extravagant gestures are starting to look less romantic and more…well, just plain crazy. Is it normal for her husband to never mention his family, rack up secret credit card debt and get less sleep than your average insomniac? Are you still supposed to stand by your man, even if it turns out he isn't who you thought he was? When she promised "for richer or poorer, in sickness and in health," this isn't what she pictured. But sometimes you don't get the life you imagined. And sometimes you have to figure out how to write your own happy ending.

'So Much For My Happy Ending' is tagged as:

Similar books to 'So Much For My Happy Ending'

More books like 'So Much For My Happy Ending'   ❯

Buy 'So Much For My Happy Ending' from the following stores: