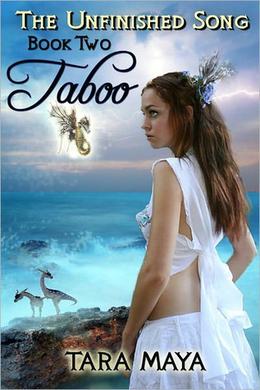 A DEVASTATING SETBACK
Enemy tribesmen attacked during the Initiation. Dindi used the magic of the corn cob doll to protect herself and others but at a terrible price. Now her dreams are in shambles. In despair, she decides to step into the forbidden faery ring, and dance herself to death with the fae. Then she discovers another choice that saves her life…but breaks the ultimate taboo.

A DESPERATE OUTREACH
After being unfairly exiled from his own people, Kavio may have found a new home, but only if he can protect it from another attack by the enemy. He gathers a small group to venture deep into the heart of enemy territory in search of the ultimate prize…peace.

But by the harsh laws of their land, they cannot both break taboos and keep the peace. They will each have to choose, what, or whom, to betray.
more
Amazon Other stores
Bookmark  Rate:

'Taboo' is tagged as:

The 'The Unfinished Song' series

Buy 'Taboo' from the following stores: