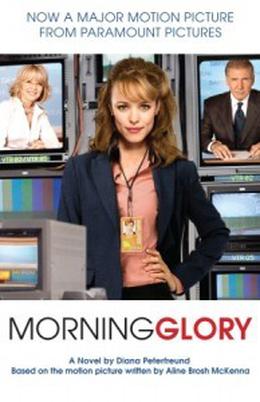 The major motion picture from Paramount BREAKING NEWS: Plucky young TV producer is fired from her gig at a local morning show in New Jersey-but vows to land on her feet. With an unfinished college education and suddenly out of a job, Becky Fuller finds herself at Daybreak, a floundering network morning news program in New York City that's sinking faster than the Titanic. Abysmal ratings are only the tip of the iceberg: The outdated cameras belong in the Smithsonian, and executive producers never stay beyond the next commercial break. To reverse the downward spiral, Becky hires legendary newscaster Mike Pomeroy as co-anchor-or rather, she makes him an offer he can't contractually refuse. Mike abhors Daybreak's fluff pieces (pet psychics?) and takes an instant dislike to Colleen, his equally vain co-anchor. The only bright side of Becky's career is Adam Bennett, the gorgeous producer of an actual hard news show, but Daybreak's dysfunction spells trouble for their blossoming relationship. As Mike and Colleen's on-air chemistry proves explosive, Becky must scramble to save her love life, her reputation, and Daybreak itself before the network pulls the plug.
more
Amazon Other stores
Bookmark  Rate:

'Morning Glory' is tagged as:

All books by Diana Peterfreund  ❯