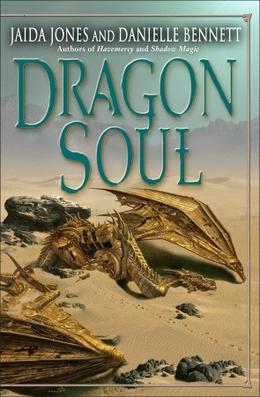 During the war between the kingdoms of Volstov and Ke-Han, no fighter could match Rook for sheer arrogance and skill. Only Rook could ride the great dragon Havemercy, whose savagery and bloodlust matched his own. His brother, Thom, is bookish, diffident, and reserved, yet he yearns for Rook’s approval—and fears he can never earn it. With the war over, and an uneasy truce between the two nations, Thom hopes the long-lost brothers can bond on a trip together.

But Rook cares only that Havemercy lies scattered in pieces across Ke-Han—and someone is buying up her parts, and those of other fallen dragons. The beasts are dead, but the magic that powered them is not. And now a Ke-Han agent, a Volstov sorceress, and a group of desert tribesmen are vying to possess that magic and control the future.
more
Amazon Other stores
Bookmark  Rate:

'Dragon Soul' is tagged as:

All books by Jaida Jones  ❯