Spy Lover, The: A Novel 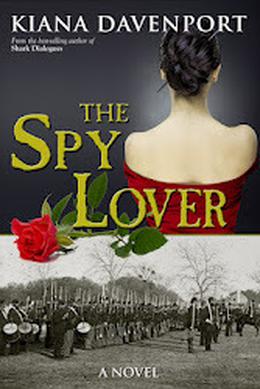 Thrust into the savagery of the U.S. Civil War, a Chinese immigrant fighting for the Union Army, a nurse turned spy, and a one-armed Confederate cavalryman find their lives inextricably entwined.

Johnny Tom, a Chinese immigrant, is promised American citizenship if he serves with the Union Army.
But first he must survive the carnage of battles and rampant racism among the ranks. Desperate to find him, his daughter, Era, becomes a Union spy while nursing soldiers in Confederate camps. She falls in love with Warren, a one-armed cavalryman, and her loyalties become divided between her beloved father in the North and the man who sustains her in the South.

An extraordinary novel that will stand as a defining work on the Chinese immigrant experience, The Spy Lover is a paean to the transcendence of love and the resilience of the human spirit.
more
Amazon Other stores
Bookmark  Rate:

Similar books to 'Spy Lover, The: A Novel'

Buy 'Spy Lover, The: A Novel' from the following stores: