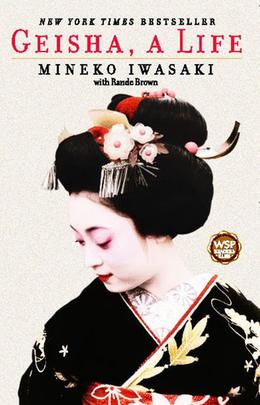 No woman in the three-hundred-year history of the karyukai has ever come forward in public to tell her story—until now.

"Many say I was the best geisha of my generation," writes Mineko Iwasaki. "And yet, it was a life that I found too constricting to continue. And one that I ultimately had to leave." Trained to become a geisha from the age of five, Iwasaki would live among the other "women of art" in Kyoto's Gion Kobu district and practice the ancient customs of Japanese entertainment. She was loved by kings, princes, military heroes, and wealthy statesmen alike. But even though she became one of the most prized geishas in Japan's history, Iwasaki wanted more: her own life. And by the time she retired at age twenty-nine, Iwasaki was finally on her way toward a new beginning.

Geisha, a Life is her story -- at times heartbreaking, always awe-inspiring, and totally true.
more
Amazon Other stores
Bookmark  Rate:

'Geisha, a Life' is tagged as:

Similar books to 'Geisha, a Life'

Buy 'Geisha, a Life' from the following stores: