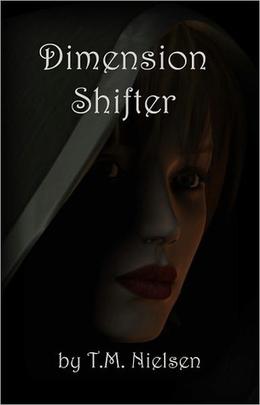 The dimensions are in chaos, magic is illegal, and water is a rare commodity. Kyrin is running from the law. As a magic user, she’s marked for death, and as a run-away from the Shadowmere, she’s hunted as a weapon. Shifting between dimensions is all that’s kept her alive.

On the brink of being caught by the Shadowmere, Kyrin stumbles into a dimension devoid of the drought and seemingly untouched by the wrath of the Consortiums. In this dimension she finds a people innocent of the evils of the universe and naïve to the worlds surrounding them.

Lord Alric has ruled over his kingdom for 15 years under the direction of their god, Sithias. Before his time, the gods fought, and evil was removed from the lands. It isn’t until Kyrin arrives that he’s even considered that evil may still be among them, or that the long-dead use of magic may still be around.
more
Amazon Other stores
Bookmark  Rate:

'Dimension Shifter' is tagged as:

All books by T.M. Nielsen  ❯