Call Of The Dragon (Return to Avalore #1) 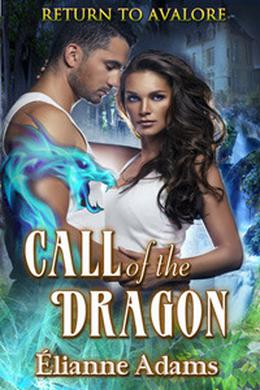 Rhia Atkinson is a woman on the run. The same vicious creatures that killed her mother four years ago are still on the hunt, and she’s the prey. She thought she’d come to terms with her solitary existence until Drake comes along, reigniting her dreams of family and belonging. His tall tales of a missing queen and the looming extinction of a race of people she never knew existed has her agreeing to go on a journey to Avalore. Traditions as old as time stand in her way as she tries to convince Drake that he’s her choice for a mate. With the enemy breathing down her neck, all she has to do is figure out a way to make it work before she ends up joined to some stranger, or worse, dead.

Drake Sperwell has spent years searching for one woman, the Queen of Avalore. Time is running out. With the survival of their entire species hanging in the balance, failure is not an option. When he finds her deep in battle in New York City, all his prayers are answered. What he didn’t count on was his reaction to the woman, or his dragon’s need to claim her as its mate. Denying their chemistry might just kill him, but she’s off limits. Her destiny lies with her true mate in Avalore.
more
Amazon Other stores
Bookmark  Rate:

'Call Of The Dragon' is tagged as:

The 'Return to Avalore' series

Similar books to 'Call Of The Dragon'

Buy 'Call Of The Dragon' from the following stores: