Murder By The Way (Kennedy Killingsworth #3) 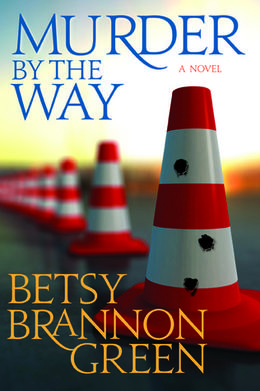 As Kennedy Killingsworth prepares to step into the next phase of her life alongside her soon-to-be husband, Luke, the past reemerges and interrupts with full force. Luke is suddenly called away to testify at a Marine Corps trial and is forced to leave Kennedy soon after they are declared husband and wife. Then an old business associate, Drake Langston, announces he is returning to Midway to finish renovating the town and needs Kennedy's help to smooth things over with the locals. Kennedy jumps on board to distract herself from Luke's absence. Little does she know that there will soon be plenty to distract her. After an unexplainable prison van accident leaves a woman dead and three prisoners missing, the town feels rattled and worried. As Kennedy (and her ex-husband, Cade) gets involved in investigating the crash, more and more mysterious events unfold, and if she's not careful, she could be the next murder by the way.
more
Amazon Other stores
Bookmark  Rate:

'Murder By The Way' is tagged as:

Similar books to 'Murder By The Way'

Buy 'Murder By The Way' from the following stores: