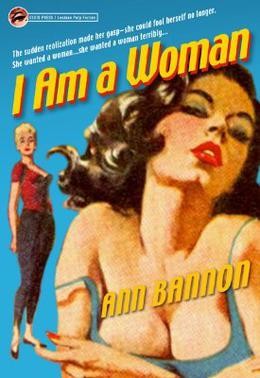 Second in the Beebo Brinker series. Legendary novels from the 1950s and 60s set in the gay mecca, Greenwich Village.

The story of what happens to Laura when she makes it to New York and meets the handsomest, most swashbuckling, and world-weary butch in the city: Beebo Brinker, the character for whom the series is named. Much of the story takes place in Greenwich Village, then a Mecca for members of the GLBT community, much as was Paris in the Roaring Twenties, and the Castro District in San Francisco today.
more
Amazon Other stores
Bookmark  Rate:

Similar books to 'I Am a Woman'

All books by Ann Bannon  ❯

Buy 'I Am a Woman' from the following stores: