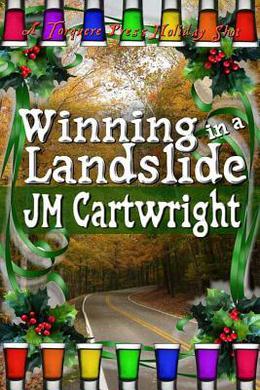 Sheriff Grissom has just won re-election, but the campaign got nasty. Johnny and Grissom are at odds with each other, the reality of their world sinking in for both men. Johnny's frustrated and Grissom's patience is stretched to the limit.Johnny's come to understand exactly what their relationship could cost Grissom, and he's having second thoughts. But the two men have established a family, and a life together -- a good life, despite their differences. Plus, it's almost Christmas, and they're breaking in a new housekeeper. How will she like working for two daddies?Can they really make it work in small-town West Virginia? Join the boys from A Change of Tune and find out.
more
Amazon Other stores
Bookmark Rate Book

Similar books to 'Winning in a Landslide'

All books by J.M. Cartwright  ❯

Buy 'Winning in a Landslide' from the following stores: