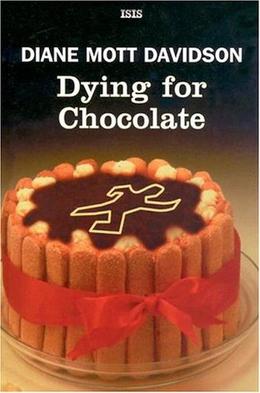 Meet Goldy Bear: a bright, opinionated, wildly inventive caterer whose personal life has become a recipe for disaster. She's got an abusive ex-husband who's into making tasteless threats, a rash of mounting bills that are taking a huge bite out of her budget, and two enticing men knocking on her door.

Now determined to take control of her life, Goldy moves her business and her son to ritzy Aspen Meadow Country Club, where she accepts a job as a live-in cook. But just as she's beginning to think she's got it made--catering decadent dinners and posh society picnics and enjoying the favors of Philip Miller, a handsome local shrink, and Tom Schulz, her more-than-friendly neighborhood cop--the dishy doctor inexplicably drives his BMW into an oncoming bus.

Convinced that Philip's bizarre death was no accident, Goldy decides to do a little investigating of her own. But sifting through the unpalatable secrets of the dead doc's life will toss her into a case seasoned with unexpected danger and even more unexpected revelations--the kind that could get a caterer and the son she loves...killed.
more
Bookmark Rate Book
Amazon Other stores

Similar books to 'Dying For Chocolate'

Buy 'Dying For Chocolate' from the following stores: