Passage Into Light (The Russians #7) 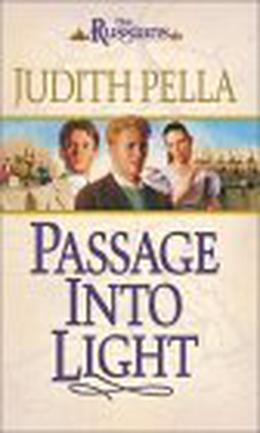 Best by enemies within and without, Russia is reeling. And Vladimir Lenin is waiting in the wings-.

In 1917 Russia finds itself in a nightmare of political upheaval and violence as ruthless men clash over control of her destiny. Saddled with a devastating, unpopular war, the Provisional Government flirts with disaster while the power-starved Bolsheviks circle like wolves for the kill. Tsar Nicholas and his family have become both prisoners and pawns in this deadly game of chess.

Amid the turmoil, Anna Fedorcenko's sons face the consequences of their personal and political choices. Russia will never be the same, that much is certain. But unless Andrei and Yuri are able to cast off the blinders of the past, they too may be caught in the chaos sweeping throughout the Motherland.

A dark pall hangs over the Russian empire as it careens toward an unsettling future. Will the faith and love that have become the Fedorcenko and Burenin legacy shed enough light to make any difference?

'Passage Into Light' is tagged as:

The 'The Russians' series

Similar books to 'Passage Into Light'

Buy 'Passage Into Light' from the following stores: