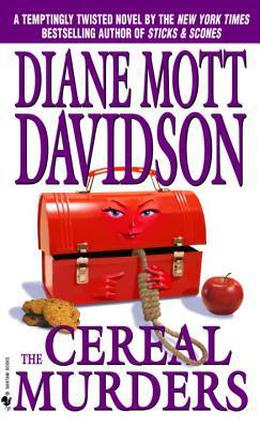 Thanks to her recent adventures in "Dying for Chocolate, " Goldy Bear, the premier caterer of Aspen Meadow, Colorado, is no stranger to violence--or sudden death. But when she agrees to cater the first College Advisory Dinner for Seniors and Parents at the exclusive Elk Park Preparatory School, the last thing she expects to find at the end of the evening is the battered body of the school valedictorian.
Who could have killed Keith Andrews, and why? Goldy's hungry for some answers--and not just because she found the corpse. Her young son, Arch, a student at Elk Park Prep, has become a target for some not-so-funny pranks, while her eighteen-year-old live-in helper, Julian, has become a prime suspect in the Andrews boy's murder.
As her investigation intensifies, Goldy's anxiety level rises faster than homemade doughnuts. . .as she turns up evidence that suggests that Keith knew more than enough to blow the lid off some very unscholarly secrets. And then, as her search rattles one skeleton too many, Goldy learns a crucial fact: a little knowledge about a killer can be a deadly thing."The most satisfying book yet in the increasingly popular series. . .Mouthwatering!"
"--The Denver Post"
"Cleverly constructed. . .an immensely likable, sympathetic heroine."
"--The Sun, " Baltimore
"A winning combination of character, plot and setting."
"--Library Journal"
Featuring original recipes for such mouth-watering morsels as Sugar Plum Cake, luscious Red 'n' White Cookies, and savory Nachos Schulz!
more
Bookmark Rate Book
Amazon Other stores

Similar books to 'The Cereal Murders'

Buy 'The Cereal Murders' from the following stores: