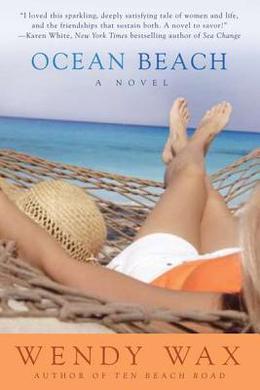 Wendy Wax, author of the “warm [and] wry” ( St. Petersburg Times )  Ten Beach Road , returns with a novel of three women in need of a second chance…or is it a third?

Unlikely friends Madeline, Avery and Nicole have hit some speed bumps in their lives, but when they arrive in Miami’s South Beach neighborhood, they are all hoping for a do-over. Literally. They’ve been hired to bring a once-grand historic house back to its former glory on a new television show called Do-Over. If they can just get this show off the ground, Nikki would get back on her feet financially, Avery could restart her ruined career, and Maddie would have a shot at keeping her family together.

At least, that’s the plan – until the women realize that having their work broadcast is one thing, having their personal lives play out on TV is another thing entirely. Soon they are struggling to hold themselves, and the project, together. With a decades-old mystery—and the hurricane season—looming, the women are forced to figure out just how they’ll weather life’s storms…
more
Amazon Other stores
Bookmark  Rate:

'Ocean Beach' is tagged as:

All books by Wendy Wax  ❯