Dare to Be Tempted 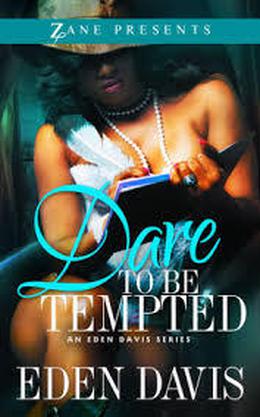 Aleesa is happily married and deeply in love with her second husband, and knight in shining armor, Army Reservist Walter Davis. After a two-year tour in Afghanistan, he returns home injured, impotent and struggling to keep a wartime secret that is sure to end his marriage. While Walter was away at war, Aleesa worked hard on his homecoming gift, a bound “freak book” featuring all of her delightfully decadent sexual fantasies, complete with boudoir photos taken by the talented and oh-so tempting Josiah Newman. But since his return, sex has been a nonstarter, the freak book a dismal failure, and as Walter struggles to come to terms with the ghosts of his warrior past, Aleesa finds her storybook marriage spiraling into the abyss of anger and depression.

While she’s off on a girls’ getaway, Walter spends his days reading and getting lost in her sexual scenarios. His emotions span the gamut from anger to empathy and gratitude. Hoping it will assuage his guilt for being a failed husband, and allow them to move on, he gives his wife the ultimate anniversary gift—forty-eight hours to fulfill any sexual fantasy of her choosing. Aleesa, hurt and angry that Walt would even suggest such a thing, initially declines, but when his secret comes out and the truth is revealed, his gift becomes her ticket to ultimate revenge. But if she accepts, will it also unwrap the final bow holding together their troubled marriage?

The Gift explores the complicated journey of marital relations and the intriguing concept of sexual healing.
more
Amazon Other stores
Bookmark  Rate:

'Dare to Be Tempted' is tagged as:

Similar books to 'Dare to Be Tempted'

Buy 'Dare to Be Tempted' from the following stores: