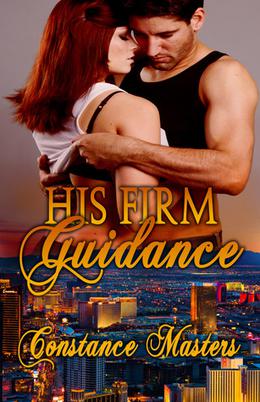 Since the day that Tyler finally tired of watching Whitney waste her time with one worthless boyfriend after another while going nowhere in life, she has missed both his friendship and his caring encouragement. Looking back, she often wonders how things might have been different if he had actually spanked her as he once threatened.

Then, after yet another boyfriend-related disaster, a chance encounter in Las Vegas gives her something she never dreamed possible… a second chance with Tyler. After a night spent in an effort to drown their sorrows with alcohol, the old friends find themselves next to one another in bed with a marriage certificate proclaiming them husband and wife, and to Whitney’s secret delight, Tyler seems in no hurry to have the marriage annulled.

Having Whitney as his wife is a nearly lifelong dream come true for Tyler, and when he senses that she is sad about the idea of an annulment, he decides to take the bull by the horns. He suggests that they give the marriage an honest try, with one condition. He cannot and will not watch Whitney ruin her life with one bad decision after another with no means to correct her, and he lets her know that if she wants to remain his wife, then she will submit to his strict but loving discipline when he feels it is needed.

Whitney is initially appalled by the idea of lying over her husband’s knee to be chastised like a naughty girl, but at the same time she cannot help but remember all the days she spent wondering what could have been. If a good, hard, bare bottom spanking whenever she misbehaves is the price she must pay to have the man of her dreams, she decides that she is ready to submit to his firm guidance. Many challenges must be faced, though, as the young couple seeks to build a new life together. Will they waste this second chance, or will they overcome every hurdle together as man and wife?

'His Firm Guidance' is tagged as:

Similar books to 'His Firm Guidance'

Buy 'His Firm Guidance' from the following stores: