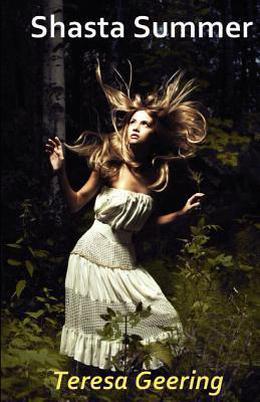 'Shasta Summer' is an entrancing addition to Teresa Geering's romance / fantasy series 'Erasmus, Shasta & Merlin' in which the cunning and resourceful Erasmus continues his devilish attempts to secure the beautiful and enchanting Shasta as his own, while she and Merlin renew their enduring love for each other, impeded by the unfortunate fact that a spell from a previous century has transformed Merlin into a cat.

Written in seductive and mesmerising prose which gives it the feel of an authentic time-honoured fable, 'Shasta Summer' continues the tradition of the much-acclaimed 'The Eye of Erasmus' which records another such attempt by Erasmus when he espies Shasta across the centuries in a vision.

The books in the series can be read and enjoyed in any order and by readers of any age from six to ninety-six.
more
Amazon Other stores
Bookmark  Rate:

'Shasta Summer' is tagged as:

All books by Teresa Geering  ❯