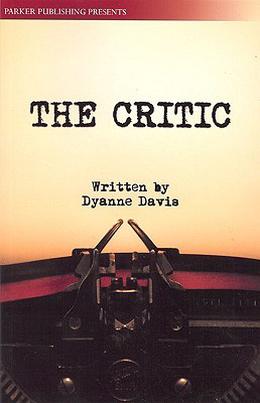 Anyone can write a book. . . At least that's what literary critic and talk show host Jared Stone thinks. After all, how hard can it be to pen a romance novel? The women who churn those books are a bunch of empty headed, bored women, and the women that read that trash are even worse. It takes no skill to either write or read the dribble. To prove his point, he's willing to walk the walk by joining a local romance writer's chapter and cranking out a silly little novel. It should be easy once he penetrates the group and uncovers the formula for writing. He's sure he can finish in a single week, no more than two. But that's only the beginning. . .\nToreas Rose has spent years crafting her novel, sweating through revisions and weathering rejections with the best of them. When Jared challenges her by promising he can finish a novel in a couple of weeks, she graciously steps aside, ready to watch the fun as he flounders through his personal learning curve at breakneck speed. And everything has a twist. . . When Jared and Toreas match wits in a contest of the literary critic vs. the romance writer, no holds are barred. As challenges, insults, and sparks fly between them things start to heat up. And quicker than you can crack the cover on a new book, the confrontation gets personal- so personal that they're creating a steamy subplot all their own. But will their ending be a literary tale of woe or a classic happily-ever-after?
more
Amazon Other stores
Bookmark  Rate:

'The Critic' is tagged as:

Similar books to 'The Critic'

Buy 'The Critic' from the following stores: