The Orchard: A Memoir 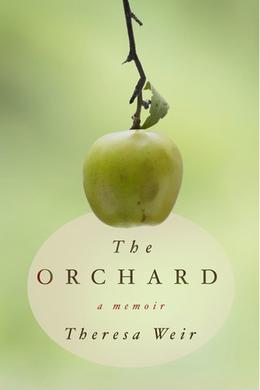 THE ORCHARD is the story of a street-smart city girl who must adapt to a new life on an apple farm after she falls in love with Adrian Curtis, the golden boy of a prominent local family whose lives and orchards seem to be cursed. Married after only three months, young Theresa finds life with Adrian on the farm far more difficult and dangerous than she expected. Rejected by her husband's family as an outsider, she slowly learns for herself about the isolated world of farming, pesticides, environmental destruction, and death, even as she falls more deeply in love with her husband, a man she at first hardly knew and the land that has been in his family for generations. She becomes a reluctant player in their attempt to keep the codling moth from destroying the orchard, but she and Adrian eventually come to know that their efforts will not only fail but will ultimately take an irreparable toll.
more
Amazon Other stores
Bookmark  Rate:

'The Orchard: A Memoir' is tagged as:

Similar books to 'The Orchard: A Memoir'

Buy 'The Orchard: A Memoir' from the following stores: