by Mickie B. Ashling 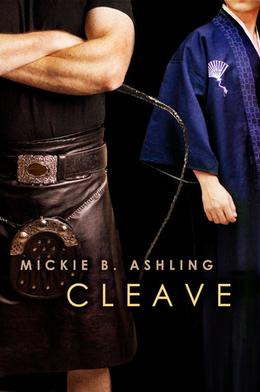 Sequel to Vessel On New Year's Eve, Cole Fujiwara stands vigil at his father's deathbed while his surrogate wife, Noriko, gives birth to twins. As Cole contemplates his future, he acknowledges that he's living his father's dream... and that he's probably destroyed his chance at happiness with Sloan, the love of his life. Finding harmony in an emerging D/s relationship has not been without issue for Sloan Driscoll and his Master, Trent Hamilton. Their journey has been littered with mishaps, but their powerful love and sexual connection continue to bind them together-until Sloan comes face to face with Cole for the first time in nine months. The meeting means different things to each of them. To Cole, it's the first step on the path to a reunion. To Sloan, it's a terrible mistake, one he confesses immediately. As for Trent, the bitter realization that a connection between the former lovers still exists forces him to issue an ultimatum. Is Sloan willing to do anything to prove their relationship is worth saving, including becoming Trent's 24/7 slave? And if Sloan stays with Trent, how can Cole ever hope to find happiness again?
more
Amazon Other stores
Bookmark  Rate:

'Cleave' is tagged as:

Recent books by Mickie B. Ashling

All books by Mickie B. Ashling  ❯

Buy 'Cleave' from the following stores: