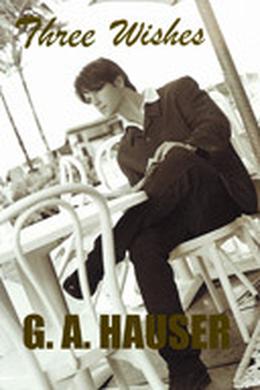 Photographer, Madison Henning, husband of Will Markham, and owner of Capon Publishing, is in the process of shooting his latest book of male nudes. But Madison, even though he owns his own business, is very careful about what he prints. Showing full frontal male nudes always seems to cross the line from art to porn in the eye of censors and distributors of his work, so Madison never does it. Although Madison’s pictures are homoerotic, he manages to keep the scenes sensual, without what he considers, crossing the line. And lately, he is getting angry division at the censoring standards between straight and gay photography. They seemed to be judged on an uneven playing field.

Three Wishes: In their twenties it seemed like they had the world at their fingertips, and anything was possible. But now, even after gaining the respect and power they needed to get where they were at this stage in their lives, in their chosen fields, Will and Madison find ignorance and obstacles at every turn.

'Three Wishes' is tagged as: