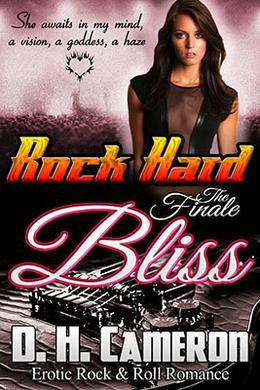 This is The Finale to the Rock Hard Series. Part 1, Rock Hard Love is available for FREE! Don't forget the middle chapter, Rock Hard Envy either.

Things are going from bad to worse for Simone Navarro and the rock star, James Turner, that had swept her off her feet. The tabloids printed lies about Simone provided by their nemesis Victoria Roland, head of the Roland Talent Agency.

However, things are only destined to get worse as James is accused of beating his ex-wife and their plans to take over Roland Talent are scuttled by someone the couple thought they could trust. Now, Victoria has them by the balls and she doesn't intend to let go. Just as Simone and James voice their love for one another, things have never looked darker.

Simone and James have come through so much together but what will they have to endure to find bliss and live happily ever after and are they willing to pay the price to find it?
more
Amazon Other stores
Bookmark  Rate:

'Rock Hard Bliss' is tagged as: