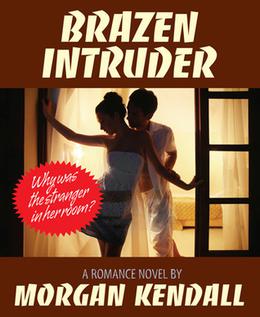 Betrayed by the man who promised her his heart, Janet Young found herself alone and unmarried at twenty-six, afraid she would never find true love. Then a bit of good fortune took her to a tropical paradise, where she swept a mysterious stranger off his feet as quickly as he swept Janet off hers.

As they grew closer and closer, the passion Janet had locked deep inside and hidden even from herself burst forth, transforming her forever. But her new lover was not the person she imagined him to be, and at the height of their romantic interlude, he mysteriously disappeared, leaving her with an empty longing like none she had ever known.
more
Amazon Other stores
Bookmark  Rate:

'Brazen Intruder' is tagged as: