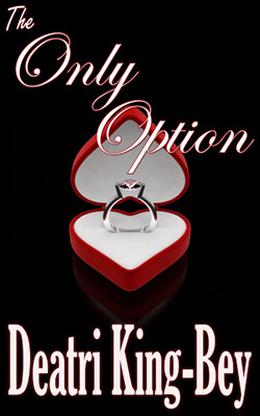 Control freak Jonah Tazi comes from a long line of arranged marriages, but the thought of his parents picking his bride never sat well with him. Time is working against Jonah, so he reluctantly agrees to allow his father to find him a proper bride. Then he meets Isis and becomes infatuated with the vibrant, funny, and talented woman. A powerful man used to getting exactly what he wants, exactly when he wants it, he is unprepared when Isis doesn’t agree to his proposal immediately. Now he is determined to convince her (and everyone else) that he and Isis belong together. Jonah intends to be her only option.

Isis Michaels has always been sheltered by her father. The tables have turned, and now she must shelter him. Isis rearranges her life and will do whatever it takes to please her father during the time he has left—almost anything. It becomes clear that he wants to see her settled before he passes. Is marrying Jonah, a man she’s emotionally and physically attracted to but just met, her only option?
more
Amazon Other stores
Bookmark  Rate:

'The Only Option' is tagged as:

Similar books to 'The Only Option'

Buy 'The Only Option' from the following stores: